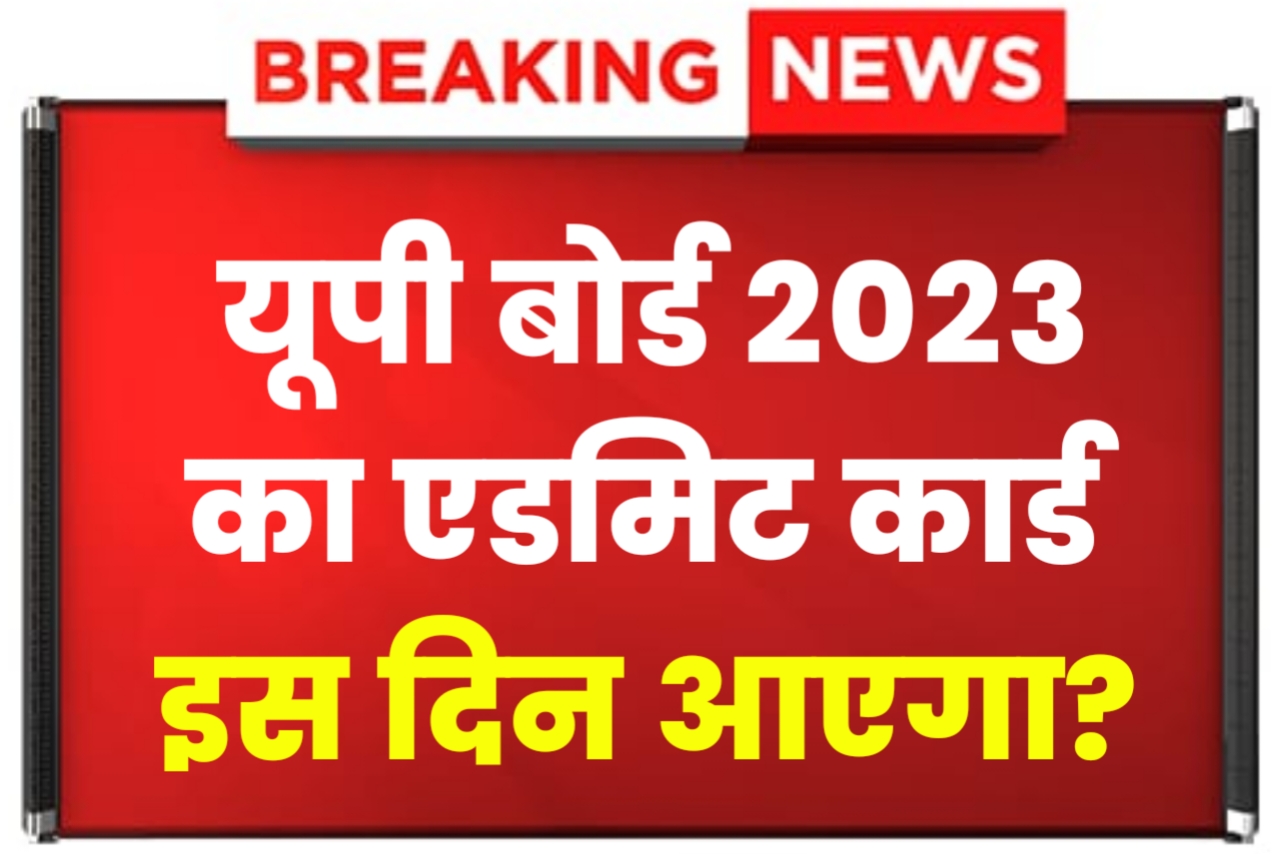 UP Board 10th 12th Admit Card 2023: UP Board exam is being organized in February, the discussion has started. The time table of UP Board Exam has already been released by the Uttar Pradesh Board of Secondary Education. In which lakhs of candidates will be involved, the tenth and twelfth board exams are being organized from 16 February 2023. Where the tenth board examination will be held from February 16 to March 3, 2023. The same 12th board exam will be conducted from February 16 to March 4, 2023. Soon UP Board 10th 12th Admit Card 2023 will be issued.

The UP Board Exam is organized every year by the Uttar Pradesh Board of Secondary Education. This time the examination is being started from February 16, whose admit card will be issued soon. It is being told that the admit card for UP board exam can be issued this week. All of you will be informed as soon as the admit card is issued.

It has been told in the recently released pre board exam date that it was conducted between 16 January to 20 January 2023. There are a total of 31,16,458 students are participating in the 10th Uttar Pradesh Board Exam this year, which will be the highest ever.

The exam schedule of UP Board 10th and 12th has already been released, in which it has been told that the 10th board exam will be conducted from February 16 to March 3, 2023. And the twelfth board examination will be held from February 16 to March 4, 2023, in which more than 58 lakh candidates can appear. For more information, you can get information on the official website of UP Board. UP Board 10th 12th Admit Card 2023.